The Scarlet Tides by David Hair 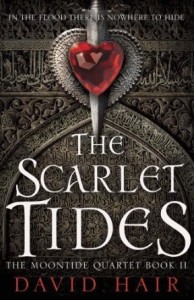 It’s no secret to anyone that follows me that I really enjoyed David Hair’s first adult fantasy novel, Mage’s Blood. In fact, I’m pretty sure I read the entire 700-page doorstopper in about 2 days. Hair began what is now one of my favorite (and one of the more underrated) current fantasy series by completely immersing us in a world so similar yet so new that I can’t help but be impressed with The Scarlet Tides. The world of Urte is strikingly similar to our Earth in the Middle Ages – specifically the crusading era.

The western continent of Yuros meets the eastern Antiopia at the Leviathan Bridge, erected by the supremely powerful Ordo Costruo mage Antonin Meiros. The Bridge rises every dozen years during the Moontide, and continuing in the traditions of its last two Moontides, the Rondians of the west amass their legions and embark on a great crusade to the east in the hopes that, like the previous two crusades, they’ll return to Yuros rich (if they return at all) – only this time, the Antiopians are gathering an army to oppose the Rondians in a shihad. East and west clash as our heroes are naturally caught in the middle of it all. 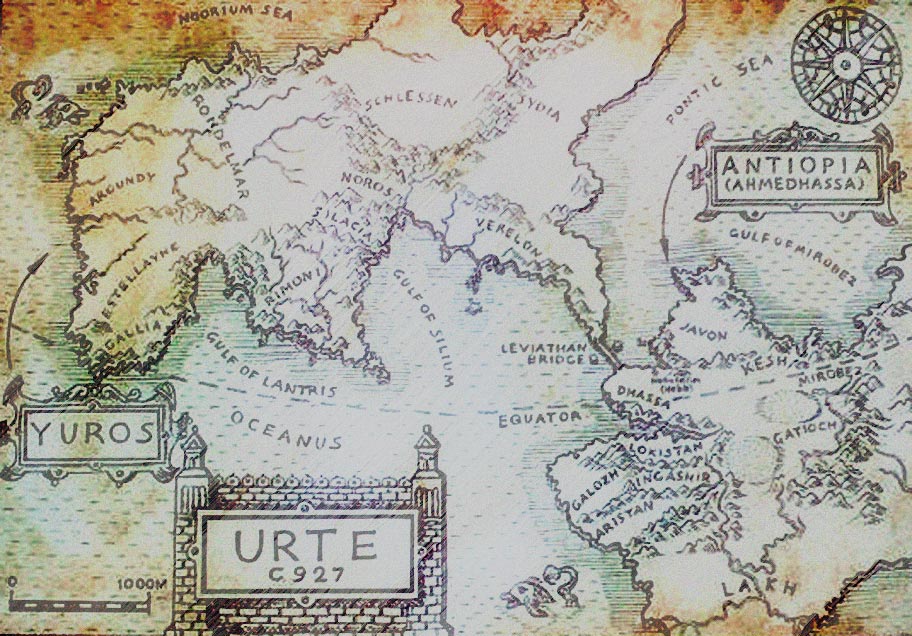 If you’ve read Mage’s Blood, you know where our heroes left off – Ramon is a battlemage in the Thirteenth legion and marching to war in the crusading army, Alaron is on the run and chasing Cymbella, Gurvon’s up to his old politicking tricks, Ramita finds herself in way deeper than she had originally thought, and many more new and recurring characters. Hair continues to excel in worldbuilding, and the gnosis continues to dazzle with its depth and particularly stars in the battles between gnosis wielders.

An issue that some readers had with Mage’s Blood – the fact that the two continents are so similar in many ways despite having been separated prior to the Leviathan Bridge’s construction – is explained very aptly, and if I remember correctly someone asks the exact question. Not only does Hair explore cultural diversities and similarities, but he also explores the harsh realities of war and the crusades in particular. A quote that I found rather poignant was spoken by Kazim Makani:

How can you find paradise by killing innocent people?

The original thought or purpose of the crusades was to fight the infidel for God in order to be accepted into paradise, regardless of which side you were on. In reality, the crusades ended up being opportunities for nobles to gain land, money, and power, often heedless of what got in their way. Innocents were killed, villages burned, and lives ruined all in the name of God. Hair delves into this issue with Kazim, who is an assassin fighting for the shihad that begins to question his morals and those of the other shihadists and crusaders who are lost to zeal and greed or some combination of both. Is killing really the way into paradise?

Hair’s The Scarlet Tides continues a fantastic epic fantasy series with a great cast, immersive world, and fascinating system of magic that builds to a stunning several-hundred page conclusion in the vein of Steven Erikson, where everything possible happens to everyone. He improved on everything that made Mage’s Blood so good and added even more oomph to it. I cannot wait to start Unholy War.

3 thoughts on “The Scarlet Tides by David Hair”