First, third, or anywhere in between. Every story has a perspective. Several of the novels I’ve recently read got me thinking about perspective as a whole and why authors choose which to use. There appears to be a trend for recent authors to try their hand at the story-within-a-story narrative. Name of the Wind, Blood Song, and various others have utilized the narrative type, and many are met with great success. As much as I enjoyed the aforementioned novels, I had the same problem throughout each of them: the absurdly detailed memories. The two both feature a protagonist recounting their entire lives, more or less, to a scribe or historian. It seems silly thinking about it – I can believe stories that involve magic, dragons, and what-have-you, but the fact that the narrator is able to recount what they ate for dinner on a night several years, even decades prior to telling the story is what I really find unbelievable. 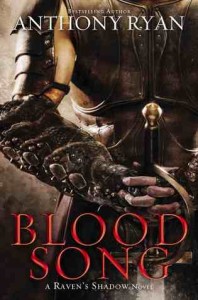 I’ve been reading Christian Cameron’s Marathon and Andy Weir’s The Martian, and both novels feature a similar narrative. In the former, Cameron has the hero Arimnestos telling his past deeds (and misdeeds) to his daughter and her friends. Where Name of the Wind and Blood Song differ from Marathon lays in the fact that in the former the present timeline is relevant and tells a separate story where things are actually happening alongside to the narrative of the past. In Marathon, the present is often only seen when Arimnestos demands more wine or comments on one of the children blushing. Though when the present is written it’s very convincing and well-done, it’s also easy to forget that there is a present timeline when Cameron brings us into the thick of a fight. 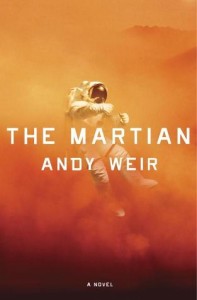 In The Martian, the story of the man on Mars is read via journal entries, and the timeline is in the present where NASA is involved. The Martian is blurbed as being a gripping combination of Apollo 13 and Castaway, and I think the journal entry narrative was not an ideal choice. Sure, it sounds good in theory as something new and original, but on paper it just doesn’t do it for me. I think it’s an immediate hindrance to a story that’s supposed to be a thriller. There’s an intrinsic aspect to any present narrative that more often than not will make the story more compelling than a story-within-a-story (storyception!). The prose in The Martian is great. It’s not lush or vivid like the many works of Guy Gavriel Kay, but it fits the theme perfectly, yet it’s not enough to pick up the slack that the narrative style leaves behind. A good oral storyteller can make any boring story exciting. It’s not really the same with novels – you don’t get hand gestures and tone or inflection in writing. 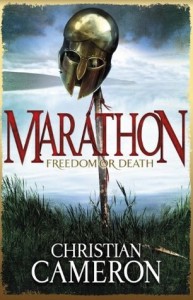 Maybe it’s a mental thing for me, but I can’t think of a situation where I’d rather read a novel that utilizes this storyception over the traditionally-told present narrative. Why not make Kingkiller or Blood Song begin the series when Kvothe and Vaelin begin their respective stories rather than have the two narrators lapse into their trance-like states where they recall every detail in a village they passed through when they were younger? It would likely make the series longer, sure, but I think it would have been more effective. Cameron’s Long War series is a different story. Frankly, as much as I enjoy Cameron’s books (he is my favorite historical fiction author), I don’t understand why he uses the story-within-a-story style because nothing happens at all in the present timeline. He has used the same narrative style in all of his books, except for perhaps the Tyrant series. If the rumors are true (and they likely are), Christian Cameron also writes fantasy under the penname Miles Cameron, where he proves he is able to write a strong present narrative in The Red Knight.

So why do they do it? To try something new? I’m not an author, I don’t have a damn clue.