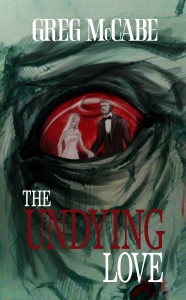 In my opinion, speculative fiction is the best fiction. It’s everything that fiction should be: creative, unique, imaginative, bizarre, and most importantly, believably unrealistic. If I want realism, then I’ll just look out the window. If I’m in need of a good murder mystery or courtroom drama, then I’ll just read the newspaper or turn on the evening news. Most of the time, the stories I get from the news are more fantastical than anything I’ve read in a book anyway. As the saying goes: reality is stranger than fiction.

However, while there is a great bit of truth in this saying, reality does have its limits. That’s where speculative fiction comes in… to give us things like vampires, werewolves, and zombies. Without speculative fiction, there would be no wizards or dragons… no space aliens or killer robots… or fifty-foot gorillas for goodness sake! We wouldn’t have post-apocalyptic societies, parallel universes, or mystical lands. That’s right, we would be stuck with plain ol’ reality. (Yawn)

I’m certainly not bashing other forms of fiction. I’ve read westerns that have changed my life and tales of romance that made my heart ache. But at the end of the day, I keep coming back to speculative fiction.

There are so many types of speculative fiction it’s hard to choose a favorite. But I’d have to say I personally lean toward apocalyptic fiction. I think the end of the world is a great jumping off point when creating a fascinating story. Exploring humanity’s downfall can be very entertaining when done effectively. The possibilities are quite endless. Will the end be the result of polar ice caps melting? Massive earthquakes? Massive volcanoes? The sun burning out? Killer bees? Killer dogs? A tornado made of sharks? Like I said, the possibilities really are endless.

Of all the apocalyptic scenarios, my favorite has to be zombies. Is there anything more terrifying than the prospect of the end of the world being caused by a plague that turns dead people into mindless, murdering cannibals? Seriously, the idea that the end of humanity is not caused by some natural disaster, but rather your undead friends and family members trying to eat you, is mind-blowing!

I am such a fan of speculative fiction, and more specifically, apocalyptic fiction, that I penned and published a zombie apocalypse novel. It’s called The Undying Love

and was recently released by Sirens Call Publications. It’s an epic tale about two newlyweds who find themselves fighting for their lives after their wedding is crashed by the living dead—a harrowing love story mixed with plenty of zombie mayhem. I hope you have as much fun reading it as I had writing it.

Do I want to world to end? Of course not…but it sure is fun to speculate!

Greg McCabe is a proud Texan. He was born and raised in Midland, Texas, received a degree in Speech Communication from Texas A&M University, and currently resides in the Lone Star State. He enjoys spending time with his wife, Mandy, his daughter, Annabelle, and his dog, Walter, as well as traveling, sports, movies, reading, and writing. He enjoys all genres of fiction, but seems to gravitate towards horror and science fiction. The Undying Love is Greg’s first book.

“It does not do to dwell on dreams and forget to live.”